Jean-Jacques Serres has been a student of many subjects. While he has formally completed studies in tourism and modern languages, he also possesses a special love for the arts in all forms. Jean-Jacques’ set of wide ranging skills and impeccable knowledge have led him to a unique and exciting career as a subtitler for the Paris Opéra, as well as the trusted conférencier for the exquisite landmark. Jean-Jacques’ passion and profound insider knowledge of the storied relationship between Paris and the arts is on full display as he leads guests through a series of new Secret Journeys to the Opéra Garnier and Musée Jacquemart-André.

Opera Garnier, from the depths to the stars

Over the years you have developed a very special relationship with the Opéra Garnier that allows you to be one of the only people permitted to bring guests backstage. What about the backstage of the Opera do you feel adds a new dimension to the beloved landmark?

Over the years, I have noticed that people want to discover the hidden face of theaters and operas; the public wants to discover how a show is prepared and how long in advance it is rehearsed before the premiere. I have done backstage tours in two theaters in Paris as well as the Opéra-Comique. However, for the reasons that I just mentioned, the Palais Garnier is the quintessential lyrical theater that perfectly embodies the fantasy element of doing a backstage tour. Most notably though, backstage tours of the Palais Garnier have an added level of enchantment because the monument itself is a mythical figure. The walls of the Opéra carry a life and vitality of their own separate from what is happening on the stage.‍

You often do subtitling work for monuments and landmarks within Paris. How did you develop a passion for translation and why do you think translation skills are especially critical in Paris?‍

I do subtitling work for French television channels like Arte or France Télévisions, generally the work is on documentary films that I translate from German or English into French. I also often synchronize subtitles for operas that are broadcast on French channels. Since I started English lessons at school when I was about eleven, I understood that the language would help me to communicate with other people all over the world and that it would help me discover other cultures.

‍You lead the new Journey to the Musée Jacquemart-André which has been described by some as a “little Louvre.” Why do you feel that this comparison does or does not ring true?

‍Since the first time I visited the Musée Jacquemart-André, I have labeled it a “Little Louvre” for two reasons. First, both buildings were originally not designed as museums; the Louvre was built to accommodate Kings of France and the mansion on the boulevard Haussmann that houses Jacquemart-André was built by Henri Parent for Edouard André, a rich banker who was beginning to collect works of art. Second, when you visit both of the museums, you notice right away that there are various different departments, of course not as well defined in Jacquemart-André as in the Louvre, but you still find different sections for French art, French painters, furniture, the Dutch school (Golden age), English painters, works from the Near East (in the smoking lounge) and of course the amazing Italian floor with works from the Renaissance. 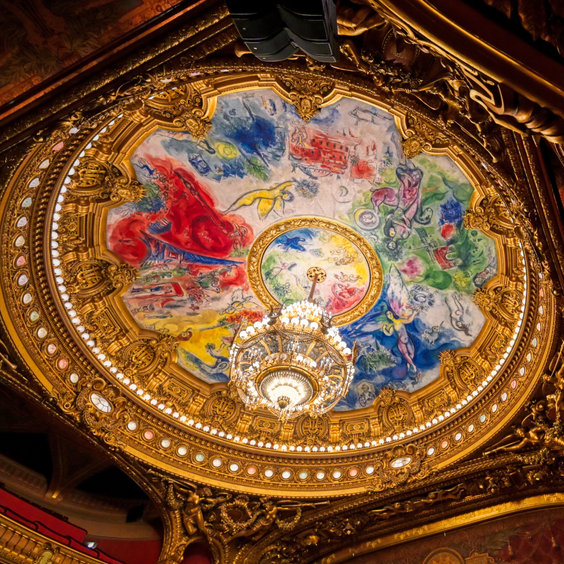